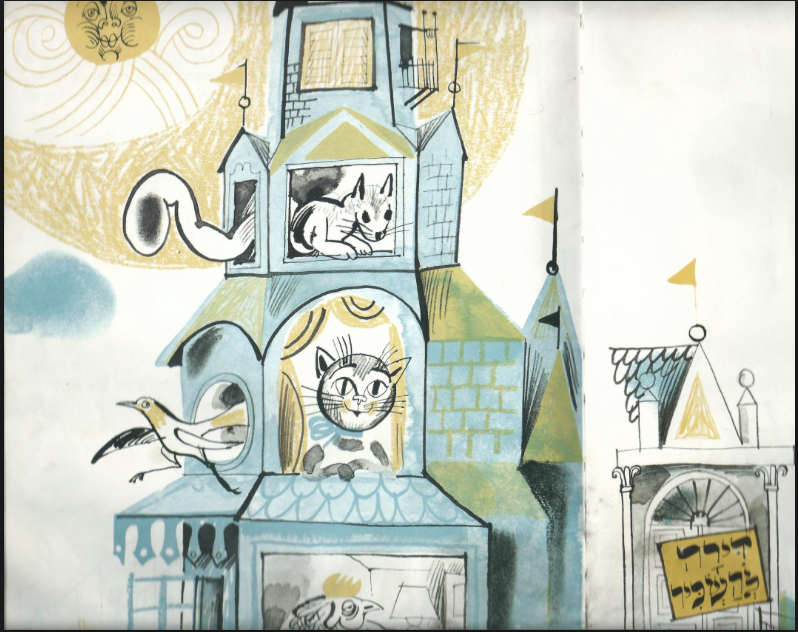 One of the most peculiar traits of the traditional Pesach Haggadah is the absence of Moses. Interestingly enough, in some modern versions of the Haggadah Moses’ role is restored, as for example in the Peasach Haggadah of the Kibbutz Ha’artzi, the association of Kibbutzim that belong to the Hashomer Hatzair youth movement. 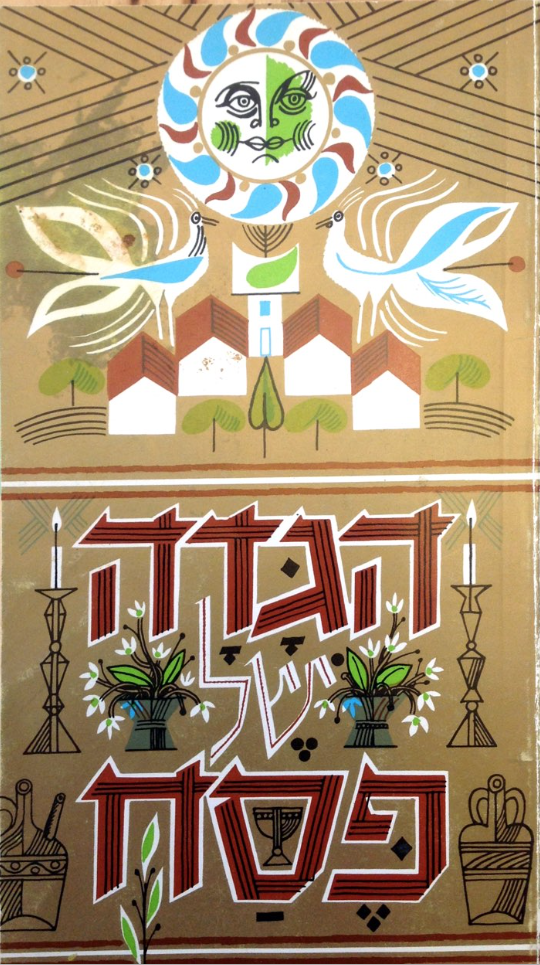 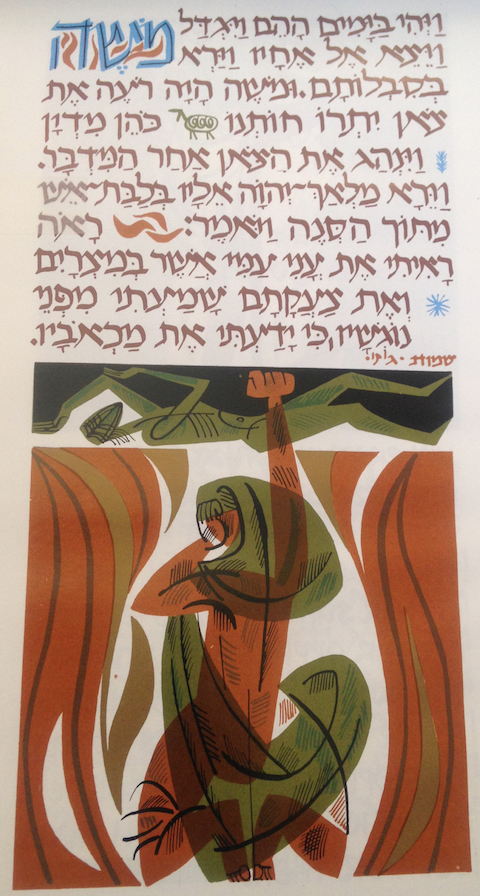 This Haggadah, first published in this form in 1964, features numerous innovations, including references to the agricultural aspects of Pesach, the arrival of spring, the Holocaust, and  Zionism. No less significant are its exclusions; Indeed, the very name of God is taken out of the narrative, as seen in the Haggadah’s version of the והיא שעמדה text: 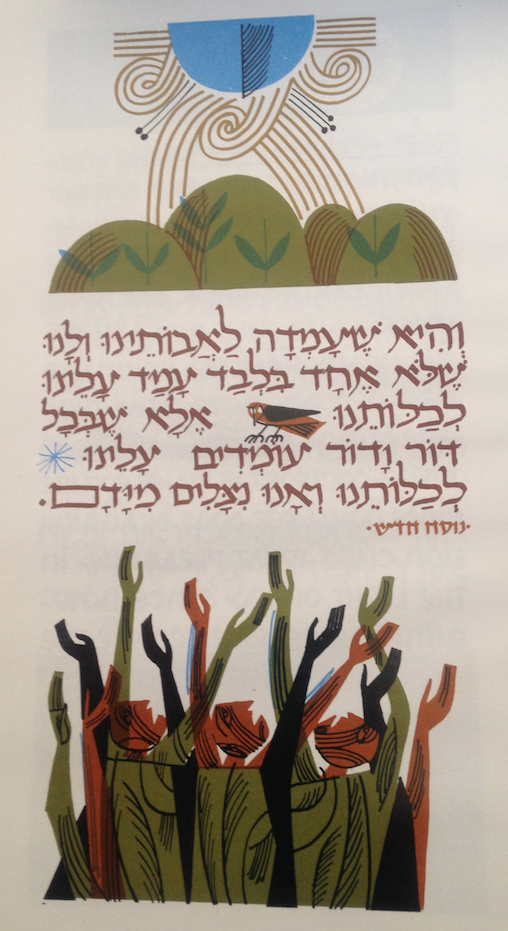 Here the people of Israel are not saved by God, rather they are simply saved (ואנו נצלים מידם, in the Hebrew passive mode). The image may hint that they are praying to the sun. At any rate, the editors were kind enough to note that this is a נוסח חדש (a new version) of the text.

Yet there is another Moses in this Haggadah, namely, Moses Ibn-Ezra, the celebrated Hebrew poet from Granada, Spain who lived in the twelfth century. Like the editors of the Bavli, this Haggadah’s editors remain anonymous. Still, one thing we can know about them is their fondness for poetry, which is evident throughout the text. One can find piyyutim by late antique poets such as Elazar Birabi Qilir and Yose ben Yose, as well as a beautiful poem by Moses Ibn Ezra entitled כתנת פסים לבש הגן (“The garden put on a coat of many colors”). Here is the poem in the original, followed by an English translation by T. Carmi: 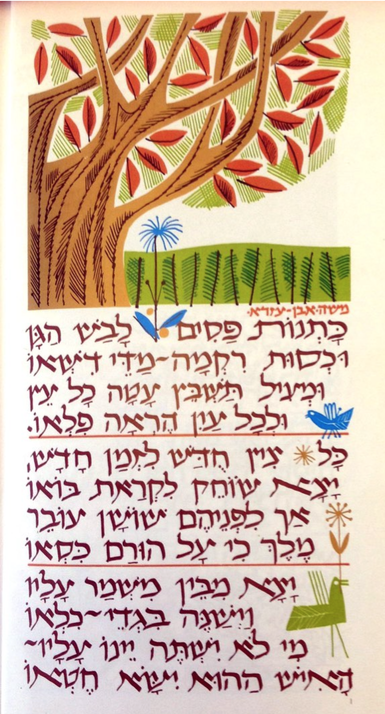 The garden put on a coat of many colors and its grass garments were like robes of brocade
All the trees dressed in chequered tunics and showed their wonders to every eye
The new blossoms all came forth in honour of Time renewed, coming gaily to welcome him
But at their head advanced the rose, king of them all, for his throne was set on high
He came out from the guard of leaves and cast aside his prison-clothes
Whoever does not drink his wine upon the rose-bed that man will surely bear his guilt.

Why did the editors include this work by Ibn Ezra? Truly, it is a beautiful poem that describes the blooming of the spring (a very important motif for the culture of the Kibbutzim), and it also calls for the drinking of wine. But there seems to be another more subtle allusion, namely, to the story Joseph. The closest reference to Joseph is the mention of the chequered tunic, like the one Joseph had, as mentioned in Genesis 37:3 (although Tamar also wore one after she was raped by her brother Amnon as told in 2 Samuel 13:18). Of course in the poem, the coat of many colors is ostensibly a metaphor for the colorful garden. Yet, the allusive use of the specific biblical phrase כתנת פסים is still quite striking. What is more, later on the blooming of the rose metaphorically describes a king restored to his throne after he cast aside his prison cloth, again resembling the story of Joseph in Egypt. Moreover, there is another possible connection to Pesach in the poem. Ibn-Ezra concludes his poem with a biblical quotation from Numbers 9:13 ״חטאו ישא האיש ההוא״  (that man shall bear his sin), a verse that deals with a person who did not offer the pascal sacrifice and therefore is condemned to death. The allusion to that verse in the poem is certainly humorous because the sin of not drinking wine is not really a sin and in reality the biblical context is not entirely necessary in order to understand the poem, yet the accumulation of possible references to Egypt and the Exodus narrative is quite striking. It is no wonder then that Aharon Mirksy, the scholar of medieval Hebrew poetry, suggested in one place that this is the correct reading of the poem, although the accuracy of his reading is disputable.

At any rate, according to this interpretation, the choice of the poem by the editors of the Haggadah would make sense because in that way the poem would be referring to the spring, to the drinking of wine, to the Pesach sacrifice and also to a major biblical figure associated with the narrative of exile and redemption from Egypt.

Finally, another remark concerning the beautiful artwork of the Kibbutz Ha’artzi Haggadah. Those familiar with Israeli children’s literature might recognize the distinctive style of the artist. It is none other than Shmuel Katz, who drew the classic דירה להשכיר (An Apartment for Rent) by Leah Goldberg.

We conclude with the blessing for the fourth cup of the Haggadah, written in a socialistic mode: 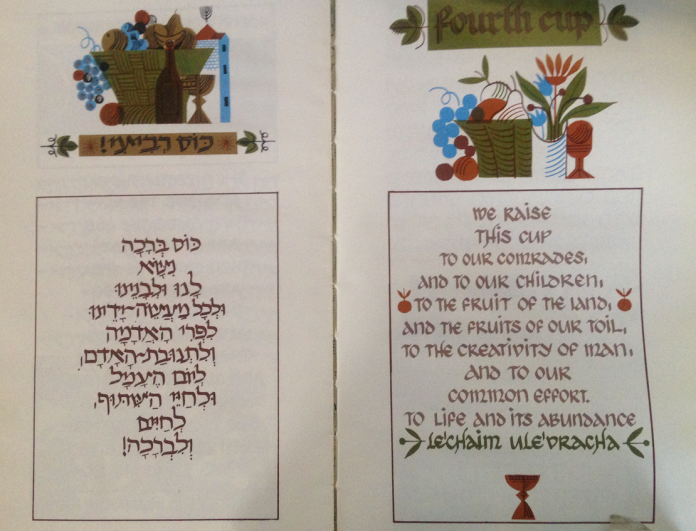 Chag sameach to all our readers, and le’chaim!