Hebrew liturgical poems (piyyutim) only rarely relate to halakhic matters. However, we do have one intriguing piyyut for Hanukkah that enumerates laws concerning the candle lighting during the days of the feast. This piyyut is attributed in Genizah manuscripts to the celebrated poet El’azar Birabi Qilir, who lived in the Galilee in the early seventh century, although it appears as well in a composition by the mid-eight century poet, Pinhas Hakohen from Kifra (a suburb of Tiberias). At any rate, we thought that this piyyut would give us an opportunity to hold our first ever Talmud Blog Quiz. Readers are encouraged to decipher the poem: Namely, to explain which laws it alludes to and cite texts that support their answers in the comments section of the blog. When the last day of Hannukah arrives we will post the “correct” answers and respond to your suggestions. 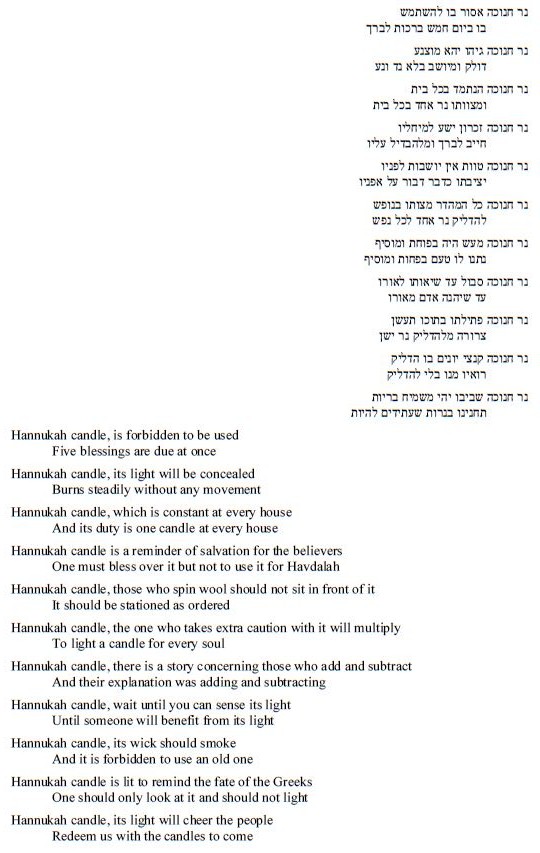 10 thoughts on “A Payytanic Quiz for Hanukkah”